Bee and I just got back from visiting my parents in Montana on Tuesday morning after two very long flights with one very awake little girl. Bee slept a total of 1:20 in about 20 hours. She is a determined one! I'm very glad to be home and to be getting closer to done with jet lag.

My grandmother passed away in July and the funeral was while we were home, so it was great to be able to attend that and help my mom out with some of the planning. Bee loved the party atmosphere and kept asking to have a party every day, even after people had left. She came out of her shell with my family and opened up, which was wonderful to see.

Bee starts German kindergarten in 16 days. It's more like daycare than kindergarten as Americans know it. Boy am I ready for her to go! She has so much energy and wants to, as she puts it, "play and play and play!" It wears me out, especially since there's no family here to help me out.

On the baby #2 front, things are not looking good. I did one cycle with a doctor in Nuremberg, but I knew from around CD 16 it was not going to work. He increased my dosage, he had me continue injections, but I just felt that it was doomed. I did the trigger on CD 22 and got my period a day or two after I arrived in the States, on the same day a good friend got her positive test after a miscarriage. So hard.

While I was home my cousin, who got pregnant with her son while I was doing treatments for Bee, told me that she was going to plan on having another baby when her husband gets home from deployment. The fact that it could be that easy for some people is another kind of blow. Just hearing that again, it's tough.

It doesn't help that youtube and the rest of the internet knows what I'm thinking and I'm being bombarded with pregnancy and ovulation test ads. Lay off internet!!!

DH and I talked about things before I left. I think we are going to be done. Done trying, done hoping against hope. Done fighting with the insurance company. Done with injections and scrambling for childcare for fertility appointments. Just done. I keep hoping for a miracle, but I don't see one on the horizon.

After this cycle that I am currently on in which my body starting producing beautiful EWCM the day before I flew home and has yet to drop an egg, DH will be scheduling a vasectomy. I want to let go of this part and enjoy life as it is. Stop thinking about the sibling that is not coming.

So, that's the plan. On to life with an only child!
Posted by Still Sinking at 9:21 PM

Still Sinking
Germany
I am a 30 year old woman married to a 32 year old guy. We've been married since March 2001. We went through a long process of TTC from November 2010 to March 2012. After my first cycle on Follistim with a trigger shot, I finally conceived! Our baby, Bee, was born December 15, 2012. Now I am no longer sinking in infertility, but just in the if's of life. Welcome! 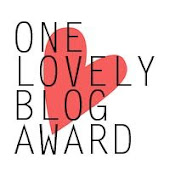